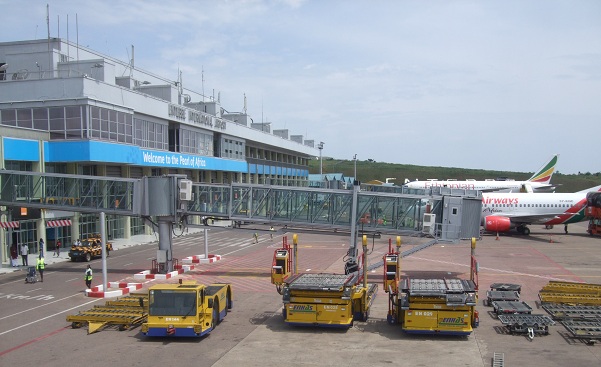 The officials of Uganda Civil Aviation Authority (UCAA) are optimistic that the aviation industry is slowly getting back to its feet as they are adjusting to the new way of doing business with the observance of health Standard Operating Procedures (SOPs).

According to the UCAA, Entebbe airport registers about 1,200 passengers every day since the resumption of passenger flights. The international aviation industry continues to recover at a snail pace after the outbreak of the Covid-19 pandemic.

Eng. Ayub Sooma, the Director for Airports and Aviation Security, revealed that the first three days since Entebbe airport was reopened for passenger flights on October 1, saw the registration of a high number of passengers, especially those coming into the country.

“However, the number has since reduced, even though Uganda is still among the airports in the world that have registered quite a high number of travelers since passenger flights resumed,”  Eng. Sooma noted.

He says Entebbe International Airport used to receive about 5,400 passengers daily, before the Covid-19 outbreak which was followed by a partial lock-down of the aviation industry.

Eng. Sooma made the remarked while receiving a consignment of masks and other Covid-19 safety equipment that were donated by the Korean International Corporation Agency (KOICA) at the Entebbe airport. KOICA partnered with the CAA in 2018 to modernize aeronautical infrastructure in the country, saying that “The equipment will go a long way in ensuring the safety of passengers and front-line airport staff.”

UCAA says there is an on-going automation of systems at Entebbe airport as part of the US$9.5m grant from the Korean government.

A terminal operations control centre and training facility have been erected to deliver a computerized maintenance management system and air traffic message handling system among others.

Vianney Luggya UCAA Public Affairs manager revealed that on the first day (October 1), 1,362 passengers were recorded, out of whom, 761 were arriving whereas 601 were departing.

According to Mr. Luggya, before the Covid-19 outbreak, between 100-120 flights were being registered at Entebbe airport every day. When passenger operations were suspended, flight handlers started seeing between 7-14 flights every day, majorly with cargo.

Last year, Entebbe airport saw 1.98 million passengers go through its gates, a 7.6% increase from the 2018 figure of 1.84 million. Based on these numbers, the airport authorities were ready to see at least two million travelers depart, arrive or go through the airport this year.

Passenger traffic in January this year was registered at 150,000 people, which number fell by 7.1% in February to about 140,000. In April, passenger traffic fell to only 987, which kept reducing until the repatriation exercise began