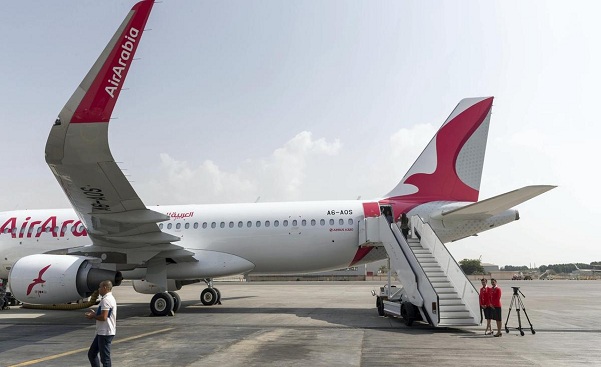 Air Arabia (PJSC), the first and largest low cost carrier (LCC) in the Middle East and North Africa, has announced its financial and operational results for the first half of this year ending June 30, 2020 as the global aviation industry continues to battle the impact of COVID-19.

Air Arabia said it registered a net loss of AED 169 million for the first half ending June 30, 2020, a direct result of second quarter performance being heavily impacted by COVID-19 and the subsequent cancellation of scheduled flight operations. The company’s turnover for the first six months of 2020 registered AED 1.021 billion, a drop of 53 per cent compared to AED 2.173 billion in the corresponding period last year. Air Arabia served a total 2.48 million passengers from all its four hubs in the first half of 2020, a drop of 57 per cent compared to first half of 2019.

The airline took early measures to control overall cost and enhance cash position despite the challenges. These include deferred cost and capital expenditure, workforce restructuring as well as cost rationalization and efficiency, which all resulted in reducing overall cost and preserving liquidity.

Sheikh Abdullah Bin Mohamed Al Thani, Chairman of Air Arabia, said: “Air Arabia started the year 2020 with strong performance promising another year of growth and profitability. However, the unprecedented impact of COVID-19 left airlines worldwide battling the strongest challenge in its history”. The full impact of COVID-19 on airline operations was fully materialized in the second quarter as a result of border closures and flights suspension across all key markets. This fact has led airlines to focus on controlling cost while supporting global relief efforts with repatriation and aid flights.”

“Air Arabia’s robust business model allowed the management team to act fast and take necessary measures to control cost and enhance liquidity while operating a mix of commercial flights where possible. These early measures have resulted in preserving cash and limiting the net loss of the first half to acceptable levels, while still being able to mobilize people during this intricate time and support repatriation efforts,” Al Thani said.

“The prospects of the global aviation industry remain strong and will continue to play a vital role in the global economic recovery. While we started to see gradual opening of selective markets around the world, it is now clear that COVID-19 will continue to have a lasting impact on the aviation industry and the path to recovery is expected to be gradual. At Air Arabia, while we remain in a strong position weathering the COVID-19 impact, we continue to look at this challenge with a long-term view keeping business continuity as the prime focus,” Al Thani concluded.

Air Arabia revealed that its operates a mix of scheduled, repatriation, charter, and cargo flights across its operating hubs in the UAE, Morocco, and Egypt. In July 2020, Air Arabia Abu Dhabi, the capital’s first low cost carrier, launched its operations from its base at Abu Dhabi International Airport.

Air Arabia stated that its has also upgraded its customer experience journey to include all safety measures that are in line with the highest international safety measures. The carrier base airports have also upgraded its entire infrastructure to ensure airport journey remain one of the safest while flying. https://press.airarabia.com/air-arabia-reports-aed-169-million-first-half-2020-net-loss-due-to-impact-of-covid-19/