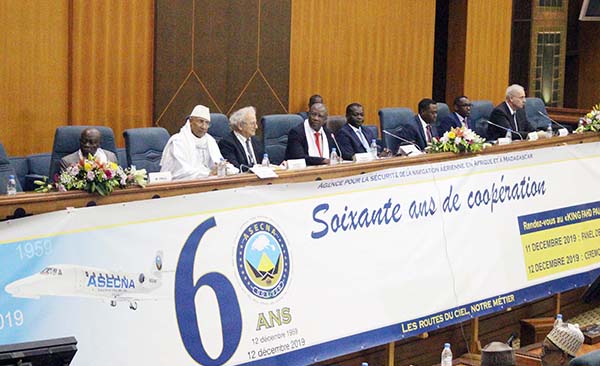 In its 60 years of excellence, the Agency for Aerial Navigation Safety in Africa and Madagascar (ASECNA) has shown two outstanding examples in Africa’s and global civil aviation. Firstly, ASECNA demonstrated the benefits of cooperation, collaboration and coordination as an institution founded on pooled resources for air traffic management.

Secondly, ASECNA has embraced cutting-edge technological innovation with the epoch-making Automatic Dependent Surveillance-Broadcast (ADS-B) capability to be launched in January 1, 2020 by the agency, in cooperation with Aireon. 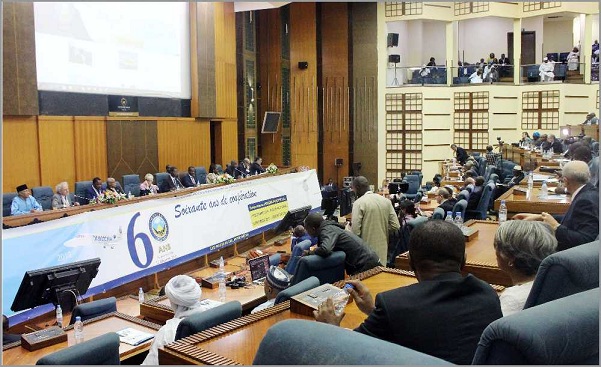 Cross-section of delegates at the ASECNA 60th Anniversary

The President of Senegal, His Excellency Macky Sall, is impressed by the outstanding achievements of ASECNA over the past 60 years, and charges ASECNA to sustain its technological transformation over the coming decades.

He spoke through the Minister of Tourism and Transport of Senegal, Mr. Alioune Sarr, as he welcomed global guests at the 60th anniversary celebration of ASECNA held at the prestigious King Fahd Hotel in Dakar, Senegal, mid-December 2019.

The President says ASECNA’s history is linked to Senegal, having been established on December 12, 1959. He pays tribute to the founding and current leadership of ASECNA for the foresight in pooling resources and being an example of successful cooperation; stating that few institutions have survived that long. He says AECNA has become even more essential now that globalization and liberalization of trade and free movement of people place aviation in the core of Africa’s development.

According to him, there is strong demand in air transport caused by growth in the economy, trade between Africa and the world as well as technological breakthrough and rapid development, noting that ASECNA needs to strengthen its support to the Single African Air Transport Market (SAATM). He, however, calls for efforts to effectively combat cybercrime, a concomitant challenge of technological development. 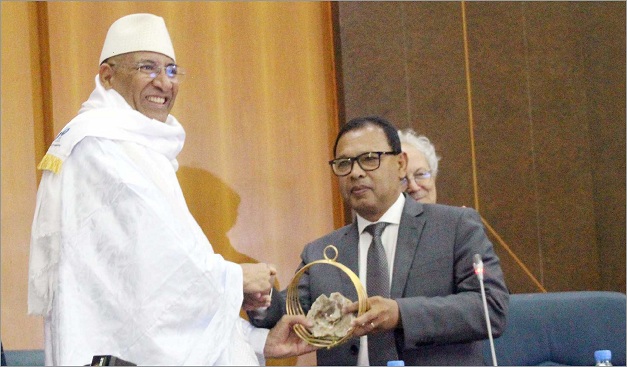 DG, ASECNA, Mr. Mohamed Moussa, making presentation to the Minister of Transport, Tourism and Meteorology of Madagascar, HE Joel Randriamandranto at the ASECNA 60th Anniversary in Dakar, Senegal, recently

The Director General of ASECNA, Mr. Mohamed Moussa, explains that “expanding ATS surveillance across key oceanic airspaces will allow us to more easily partner with regional ANSPs in these important corridors,” adding that the announcement of the deployment of ADS-B by ASECNA “reinforces our decades-long commitment to creating a seamless African sky.”

He expresses deep appreciation to past leaders of ASECNA, many of whom graced the 60 years anniversary celebration of ASCNA even in their old age. 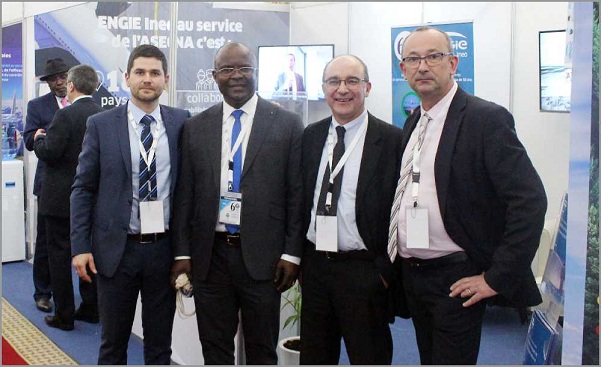 Exhibitors and delegates at the ASECNA 60th Anniversary

In fact, the presence of aged ASECNA veterans raised the vital question of how to develop the younger generation of professionals to measure up to ASECNA’s – and indeed Africa’s – new technology-based rapid advancement in air traffic management.

The out-going President of ICAO Council, Dr. Olumuyiwa Benard Aliu, impressed by the outstanding successes of ASECNA over the past 60 years, submits that ASECNA States were lucky to have formed ASECNA before their independence, noting that, post-independence, several joint projects among African States face rather slow implementation. He tasks ASECNA to continue in the exemplary innovation on the continent, as he pledges ICAO’s continued partnership and support to ASECNA and Africa. 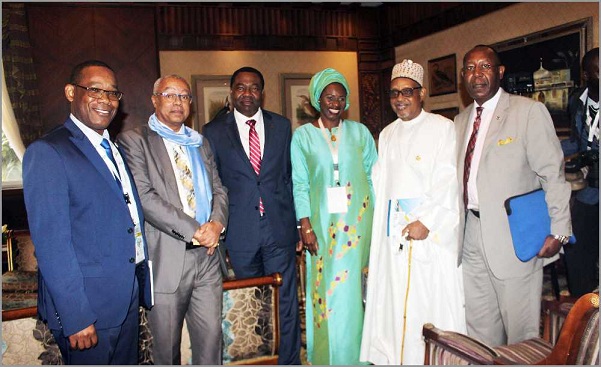 At the colourful and worthy celebration of 60 years anniversary of ASECNA in Dakar, Ministers from the 17 ASECNA States produced the Dakar Declaration, a firm commitment and reminder for continued transformative innovation in ASECNA’s services to Africa. Highlight of the Declaration was firm commitment to innovative technology, training and overall value-addition to Africa’s civil aviation industry and economy over the next 60 years of ASECNA. 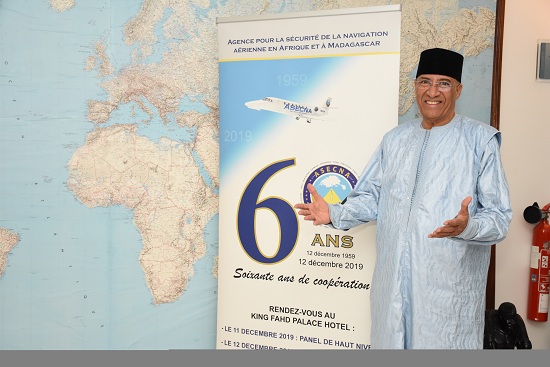 ASECNA is an International public institution. Its main mission consists in ensuring safety in air navigation by covering an airspace surface area of about 16.5m square kilometers that is divided into six flight information regions (F.I.R) as defined by the International Civil Aviation Organization. 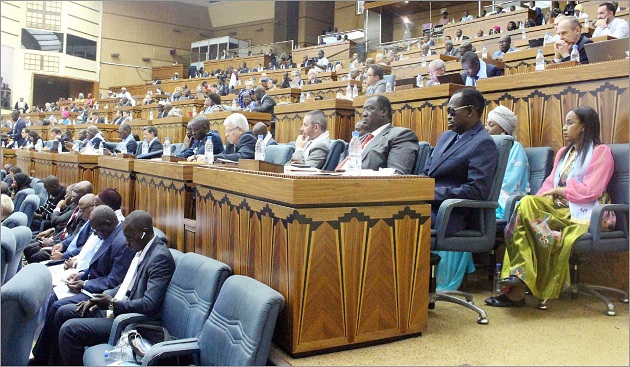 Cross-section of delegates at the ASECNA 60th Anniversary

According to Aireon, ASECNA’s partner on the ADS-B project, ADS-B is an air traffic surveillance technology that relies on the aircraft broadcasting their identity, a precise Global Positioning System (GPS) position and other information derived from onboard systems.

The data is broadcast every half-second from the aircraft and is being used by Air Traffic Controllers (ATCs) to identify and separate aircraft in real time. ATS surveillance is clearly defined by the International Civil Aviation Organization (ICAO) but, put simply, it’s the ability to reliably, and in near-real time detect key flight attributes such as position, level and intent. 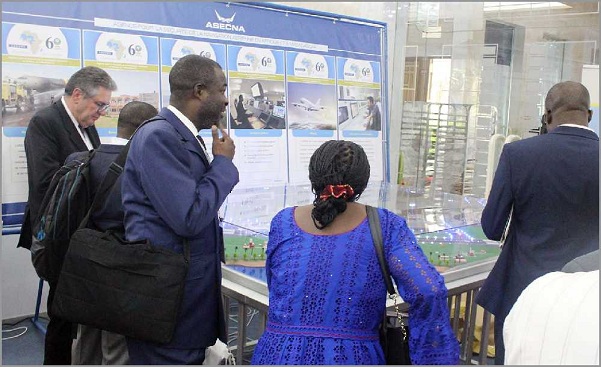 Guests at the exhibitions stand at ASECNA 60thAnniversary in Dakar

The backbone of Aireon’s technology resides on Iridium NEXT constellation of satellites. Eight Iridium NEXT launches on Space-X Falcon 9 rockets successfully occurred between January 2017 and January 2019. Iridium’s next generation satellite constellation is delivering exciting new innovations and opportunities, while ensuring continued high performance and reliability, far into the future, explains Aireon.