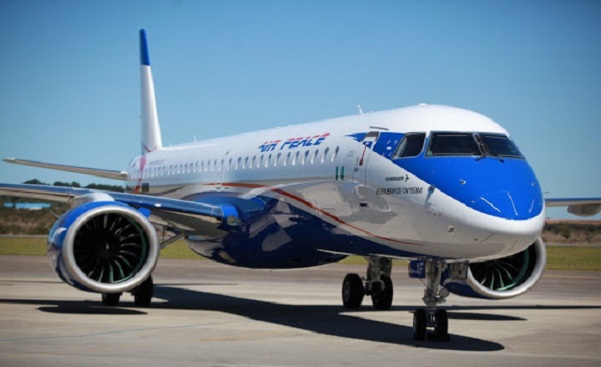 The Authorities of the United Arab Emirats (UAE) have reportedly offered 7 slots to the Nigerian airline, Air Peace, to fly to Dubai World Airport in Dubai, UAE. This followed the withdrawal of the the initial approval of the request of Emirates Airline to operate 21 frequencies to Nigeria, by Nigerian aviation authorities. The Nigerian authorities cancelled the initial approval to Emirates in response to the refusal of the UAE Authorities to grant 3 passenger flight frequencies to Air Peace at Sharja Airport; Air Peace was granted only one flight frequency, which in essence violates the terms of reciprocity which normally form the core of typical Bilateral Air Services Agreements (BASAs). Nigeria signed a BASA with the UAE in 2017.

The UAE Authorities are perceived to be on a fence-mending mission with the offer of 7 slots to Air Peace at Sharja Airport. However, this offer appears not to meet the immediate need of the Nigerian airline, which has already opened its office in Sharja and ready to consolidate its operations there.

The Director General of the Civil Aviation Authority of the United Arab Emirats (UAE) is said to have issued an invitation to the management of Air Peace to take up slots at the Dubai World Airport. According to a letter made available to the media, the DG GCAA said “…As these slots cannot be blocked indefinitely, we would highly appreciate if Air Peace could kindly reach out ton  Dubai Airport   – ACL and inform them of their intention to operate by Thursday 16th December, 2021 and accordingly confirm the blocked slots.

“We have received information from Dubai Airports with regard to slot availability at DXB – Terminal 1 and a gesture of goodwill and in support of UAE and Nigeria relations, in case Air Peace wish to start their flights, slot have been blocked  by Dubai Airports,” a letter presumably emanating from the office of the UAE DGCAA stated.

It is yet to be seen the response of the Nigerian aviation authorities and the Management of Air Peace to this offer from the UAE, given that the offer does not meet the immediate needs of Air Peace for 3 flight frequencies at the Sharja Airport. However, negotiations are expected to continue over the coming days.

It would be recalled that the Nigerian Civil Aviation Authority (NCAA) had announced the withdrawal of the request of the Emirates Airline to fly 21 frequencies to Nigeria. According to the Director General of the NCAA, Capt. Musa Nuhu, “Following the lifting of the ban on Emirates Airline passenger flights to Nigeria by the Government, the UAE based airline applied to Federal Ministry of Aviation for approval of its Winter Flight Schedule. The requested schedule consisted of twenty-one (21) weekly passenger flight frequencies to Nigeria, comprising of two daily flights to Murtala Mohammed Airport, Lagos and one daily flight to Nnamdi Azikwe International Airport, Abuja.”

Capt Nuhu said that the Honorable Minister of Aviation graciously approved the Winter Schedule as requested without any hindrance or arrival slots requirements in the spirit and intent of the Bilateral Air Services Agreement (BASA) between Nigeria and UAE.

Capt Nuhu explained further that “Bilateral Air Services Agreement (BASA) between countries are based on the principle of reciprocity for transparency and fairness to both sides. While Nigerian Authorities approved the request of Emirates Airlines,” emphasising that “UAE Authorities acted in total disregard of the terms and provisions of the BASA between the two countries by approving one (1) out of the three (3) weekly passenger flight frequencies requested by Air Peace Airlines.”

He also note that the DG NCAA held a held a series of meetings with his GCAA (UAE) counterpart at the sidelines of the ICAO Air Negotiation Conference (ICAN) in Bogota, Colombia which all ended in stalemates.

“The Honorable Minister of Aviation decided to apply the principle of reciprocity and withdraw the approval of the Winter Schedule given to Emirates Airlines and instead approved one (1) weekly flight frequency to Abuja on Thursday. The DG NCAA notified The Country Manager of Emirates Airlines and DG GCAA of the new approved weekly passenger flight schedule,” Capt. Nuhu further detailed.

He, however, assured the public that “national interests in all aviation matters will be jealously guided and
protected while regretting any inconvenience this action might caused.”