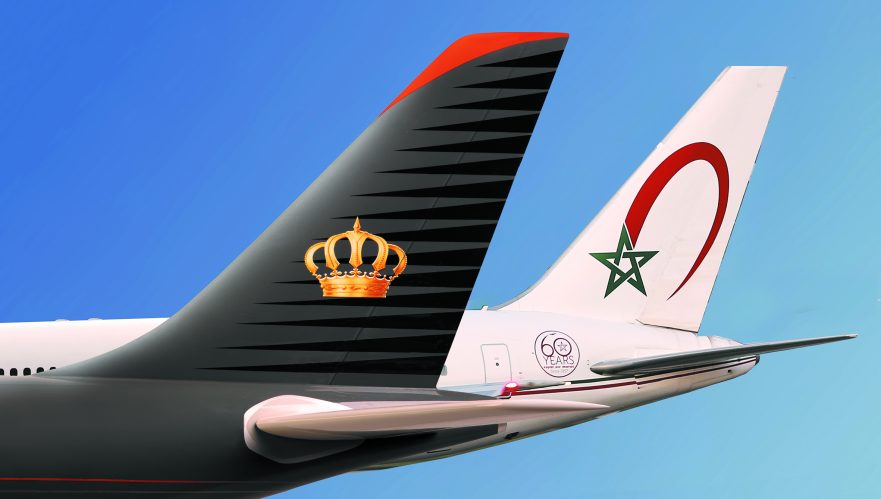 The agreement is bound to enhance cooperation between the two flag carriers and improve passenger traffic by providing RJ customers convenient options to fly to/from Amman; they can also plan their trips to reach further destinations on RJ’s global route network.

Royal Air Maroc operates its flights between Casablanca and Amman with a B737 aircraft; the plane departs from Mohammed V International Airport at 23:10 and arrives at QAIA at 6:50 the following day. Return flights depart from Amman at 7:50 and arrive in Casablanca at 12:05.

RJ President/CEO Stefan Pichler said: “We are delighted to be working with Royal Air Maroc, a leading carrier in the Maghreb region. This agreement is a further step in the strategic and historical partnership between Jordan and Morocco, and an added value towards higher air traffic between our companies.”

Royal Air Maroc CEO Abdel hamid Addou said: “This new cooperation comes to strengthen the links between our two kingdoms and support our Casablanca-Amman flight launched last April. We are very pleased to start this codeshare with Royal Jordanian which will pave the way for our traffic and frequencies development on this market and will allow both carriers to access to each other’s networks via the Special Prorate Agreement established for routes beyond Casablanca and Amman.”

Royal Air Maroc is expected to be implemented into oneworld in mid-2020, and will be the alliance’s first full member from Africa.