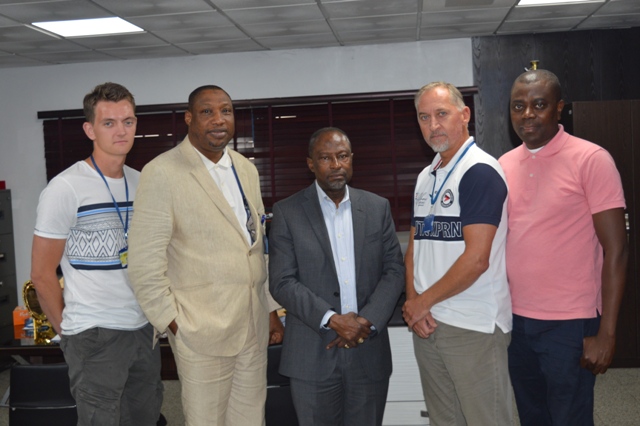 The installation of equipment which began a few weeks ago culminated in the successful Site Acceptance Test (SAT) carried out by NAMA engineers in conjunction with their counterparts from Jotron AS, Norway. Speaking during the Site Acceptance Test, NAMA Managing Director, Capt. Fola Akinkuotu said “in accordance with International Civil Aviation Organization (ICAO) regulations, it is incumbent on Air Navigation Service Providers (ANSPs) like NAMA to facilitate safe airways, safe separations and also provide critical fall-back plans for airspace users and that is the essence of this project.”

He described the stand-alone radios as a robust solution for emergency/backup coverage in unexpected circumstances like when there is technical failures or during routine maintenance of the main RCAG system. He said: “test transmission has been conducted on the system by air traffic control officers with aircraft flying at different flight levels just as contacts have been established for a distance of up to 220 nautical miles at different flying levels of the upper airspace and this conforms with the VHF propagation predictions submitted for scrutiny during the design phase of the project.”

The stand-alone facility according to the NAMA boss is fully self- sufficient, independent of existing VSAT, local voice switch (VCCS) and is inclusive of its own integrated power supplies to cover an eight-hour emergency communication window should a total power outage occur. “Basically, the stand-alone VHF radio ensures 24/7 Air Traffic Control (ATC) availability in the event of either a VSAT link failure or some other significant VHF communication loss,” he said.

Akinkuotu also noted that   installation work for that of Kano West and Kano East ACCs is ongoing even as he disclosed plans by the agency to install repeater stations in strategic locations to extend the range of the radio systems under the second phase of the project.

Also speaking, the project manager, Jotron AS, Roger Svendsen said the back-up communication system has proved to be highly reliable and efficient in African countries like Ghana, South Africa, Kenya and Namibia as well as in Europe and South America where it has been installed, stressing that the clarity of the radios has remained “unmatched worldwide.”